Your Partner in Sight

How do I know if cosmetic blepharoplasty is right for me?
Blepharoplasty can be performed on the upper eyelids and lower eyelids, depending on the needs of the patient. You may benefit from having a blepharoplasty procedure if you are in overall good health and have no serious eye conditions or diseases.

Candidates for upper eyelid blepharoplasty often complain of excess skin, puffiness, or wrinkles of the upper eyelids. Patients with skin that touches or hangs over the eyelashes may benefit from this procedure. Women may also notice that placing makeup on their eyelids has become more difficult due to this excess skin. Additionally, the excess skin can hang over the smile lines of the eyes and cause irritation of the skin. Most commonly, however, candidates for upper eyelid blepharoplasty notice a decrease in their field of vision, most notable in the upper portion of the vision and the sides of the vision. This decreased peripheral vision can make daily activities such as driving less safe.

Candidates for lower eyelid blepharoplasty have puffy, baggy, or wrinkly lower eyelids. Patients may notice dark circles of the lower eyelids or cheeks and may constantly feel like their eyelids make them look tired or sad.

To find out more about if blepharoplasty surgery is right for you, schedule an appointment with Dr. Benjamin at our LaGrange, IL. office.

Drooping or sagging of the upper eyelids is one of the most common conditions. Contrary to popular belief droopiness of the upper eyelid is usually a distinct condition from upper lid skin wrinkles. The term “eyelid ptosis” is used to describe the condition where the eyelid margin, the part of the eyelid that eyelashes are connected to, descends to cover part of one’s vision. With ptosis, the eyelid margin or eyelid skin has descended far enough that there is marked obstruction of the colored part of the eye (iris) and if severe the circular center where light enters (pupil).

Patients with ptosis may or may not be aware of their condition. Common symptoms are usually related to obstruction of part of their superior visual field. Symptoms include having the eyes frequently feeling tired, a forehead headache from having to constantly elevate the brow to see, and noticing difficulty with activities such as reading or watching TV, especially at night or when tired. Others frequently tell patients with ptosis that they look sleepy or have “bedroom eyes”.

What are the Causes of Ptosis?

There are many different causes and types of upper eyelid ptosis. Most cases of upper eyelid ptosis relate to impaired function of the muscle responsible for raising the eyelid, which is called the levator palpebrae superioris muscle. Over 90% of all ptosis cases are of the “involutional” or age-related type, where the levator muscle becomes weaker or slips out of position. When upper lid droopiness is present from birth it is called “congenital ptosis” and is usually from a levator muscle that did not form properly during development. In addition to leading to an eyelid that does not elevate as much normal, the muscle may also be less flexible and may not move up and down with full range. Other rare forms of ptosis include “myogenic” and “neurogenic”. Myogenic ptosis is droopiness of the upper eyelids caused by a poorly functioning levator muscle and can be associated with other systemic abnormalities from poor muscle function such as difficulty swallowing. Neurogenic ptosis occurs from nerve damage to the third cranial nerve, commonly occurring after a stroke.

Lateral tarsal strip is used to treat entropion or ectropion. Entropion occurs when the lower eyelid turns inward, causing eyelash irritation. Ectropion occurs when the lower eyelid turns outward. Eyelid tightening with lateral tarsal strips can correct the deformity of entropion and ectropion, along with the dry eye or excessive tearing, which often results from these conditions.

Punctoplasty is used to treat patients who have excessive tearing due to the closure of the opening of the lacrimal system in the eyelids. The Punctum can become partially or completely blocked and a Punctoplasty would be necessary. During a Punctoplasty the holes are opened to allow proper drainage.  This simple and quick procedure can be performed in our LaGrange office. 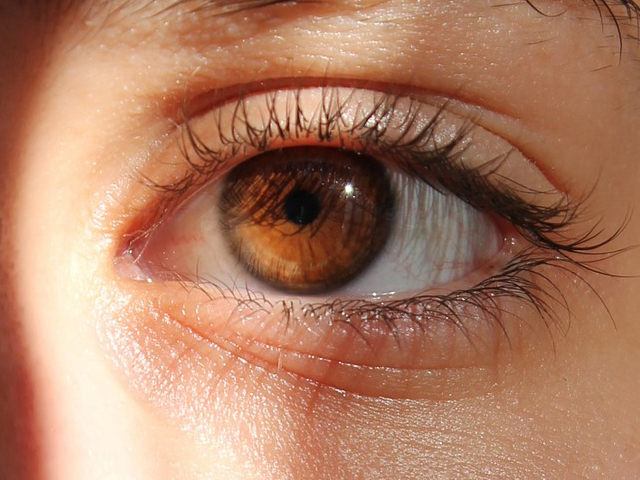